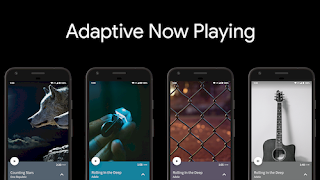 · Eon Audio Player Pro also let’s you customize entire app’s background color using a color picker, combine this with the customizable accent color and you can create any combination of colors, possibilities are endless.

· You have the option to remove any page you want from home screen (excluding Tracks) or change the order in which they appear.

· Eon Audio Player gives you easy to use navigation, quick controls and nicely formatted drop down menus. You don’t have to wander around in complex menus to find anything, everything is right where you need/expect it to be.

· Select any accent color you like from a color picker.

· All around search option

· Create, edit and listen to playlists.

· Fixed startup crash on some devices.