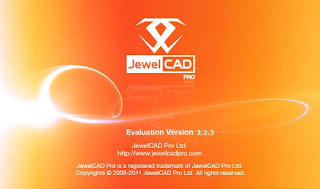 JewelCAD is a 3D free-form surface based solid modeler. It provides powerful free-form modeling tools that allow freedom in creating artistic and stylish designs. These tools are flexible and intuitive and they can be easily learned and used. JewelCAD is now widely used in the jewelry manufacturers in Asia region.

JewelCAD Pro is the new generation of jewelry designing and modeling software that is more powerful and efficient than its predecessor, JewelCAD. It has a completely new programming core that allows fast and up-to-date extension of features. JewelCAD Pro still maintains the simple user interface and similar way of working in JewelCAD so that current users can operate it without much difficulty.