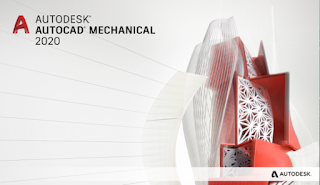 Other software on the AutoCAD platform is the Autodesk AutoCAD Mechanical program, which, as its name implies, is not limited to the usual features of AutoCAD software, including tools and additional tools for designing mechanical components. This software provides a comprehensive library of components as well as complete tools based on mechanical design standards.

-Designing and modeling of mechanical parts

-Creates the exact dimensions of the mechanical models intelligently

-Has a library of more than 700,000 standard parts and features with the ability to add custom parts to it

-Ability to update and align parts to the latest standards

-Ability to analyze the layout

-Getting ready to draft, document, annotate, report and share projects.

-Multiple processors:Supported by the application

-Occasional crashes when using the Options in PDF Import feature.

-System variable FIELDEVAL does not retain the set values after using the Publish command.

-Surface Texture Symbol does not maintain associativity after saving to an older file format.