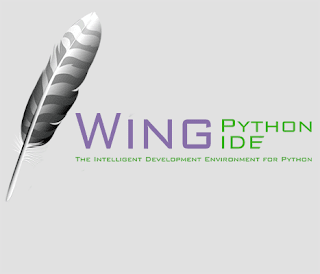 Wing Python IDE was designed from the ground up for Python, to bring you a more productive development experience.

Type less and let Wing worry about the details. Get immediate feedback by writing your Python code interactively in the live runtime. Easily navigate code and documentation.

Debug any Python code. Inspect debug data and try out bug fixes interactively without restarting your app. Work locally or on a remote host, VM, or container.

Wingware’s 20 years of Python IDE experience bring you a more Pythonic development environment. Wing was designed from the ground up for Python, written in Python, and is extensible with Python. So you can be more productive.

Wing’s debugger makes it easy to fix bugs and write new Python code interactively. Use conditional breakpoints to isolate a problem, then step through code, inspect data, try out bug fixes with the Debug Console’s command line, watch values, and debug recursively. You can debug multi-process and multi-threaded code launched from the IDE, hosted in a web framework, called from an embedded Python instance, or run on a remote host, VM, or container. Wing also provides an array and dataframe viewer for scientific and data analysis tasks.

Wing makes it easy to get around code with goto-definition, find uses, find symbol in project, editor symbol index, module and class browser, keyboard-driven search, and powerful multi-file search. Visit history is stored automatically, so you can instantly return to previously visited code. Or define and traverse categorized bookmarks that track automatically as code changes.

Wing supports test-driven development with the unittest, doctest, nose, pytest, and Django testing frameworks. Failing tests are easy to diagnose and fix with Wing’s powerful debugger, and you can write new code interactively in the live runtime context set up by a unit test.

Wing offers hundreds of configuration options affecting editor emulation, display themes, syntax coloring, UI layout, and much more. Easily switch to and from dark mode, magnify the interface for presentations and meetings, and use perspectives to manage task-specific UI configurations. New IDE features can be added by writing Python code that calls down to Wing’s scripting API. You can even develop and debug your extension scripts with Wing.